The curious case of the cell phone camera and male genitalia. 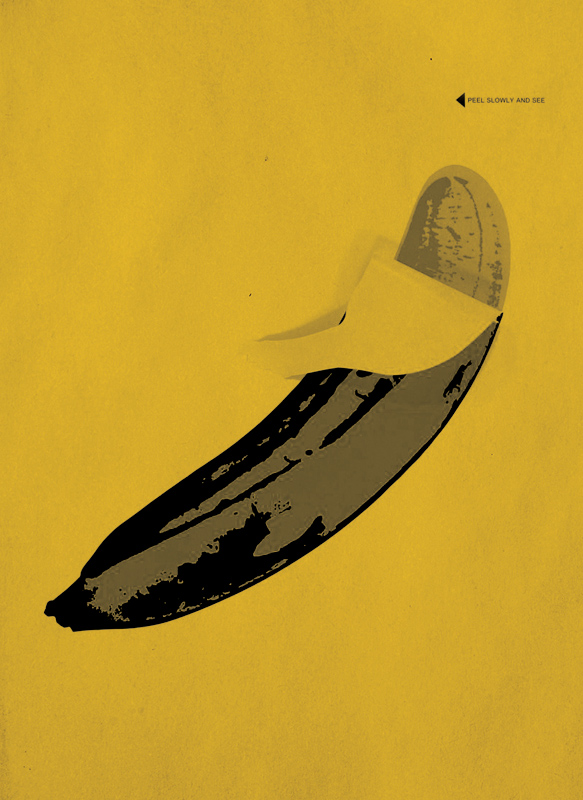 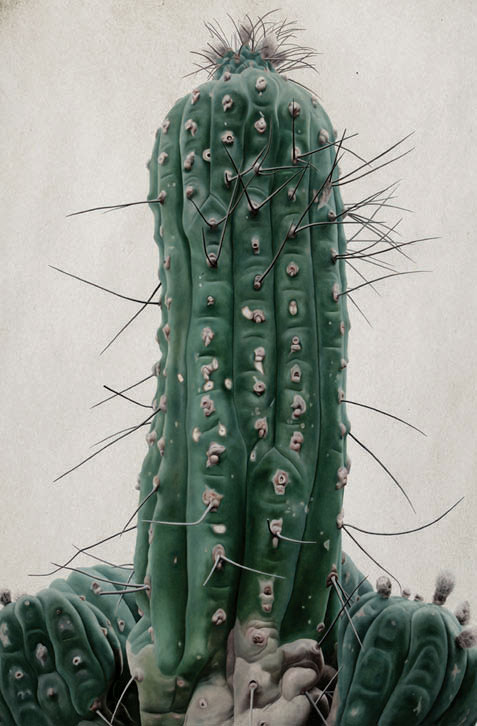 I recently watched a documentary on the opioid epidemic sweeping America. In it, an addict was asked by her devout Christian social worker what it was like to push the plunger on a needle filled with the drug, shooting it up into her veins.

“Imagine,” she answered, “how you’d feel if you got to kiss Jesus, on the lips.” Her answer took my breath away.

I’ve never shot heroin nor kissed Jesus on the lips, and I wondered if I’d ever experience such a moment. If my mind could even conceptualize that level of satisfaction-gasm, pleasure-gasm, and welcome-home-ness-gasm.

But then I remembered the summer of 2007. The day. The hour. The moment it hit me.

At the time, I was sort-of tan and fresh out of two back-to-back, five-year relationships that encompassed the entirety of my twenties. Single in a world where smartphone technology had already forever changed the social landscape and was only getting started.

The day. The hour. The moment.

When I looked
down at the
glimmering steel
rim of my
newly purchased
Blackberry in
one hand.
And my dick
in the other.
Peanut butter,
meet banana.

Some things are born to be together and in that glorious moment, it was as if both items in my hands suddenly had the same sparkle previously reserved for smiles in toothpaste commercials.

Like I said, I’ve never shot heroin nor kissed Jesus on the mouth. But on that day, like so many men before and after me, my life mission and purpose became crystal clear — I was put here, on this Earth, for the sole purpose of introducing my ”self” to the female population of Los Angeles via the airways.

Welcome to the curious case of the modern dick pic.

THE MALE BRAIN
WHEN IT COMES TO
COMMUNICATION

Allow me to share with readers of both sexes how the male brain works in relation to the placement and gifting of the photographic delivery of our mighty warriors:

Brain: “Hmm, what foolproof way is there to:

…let her know I have a dick that is so irresistible she’ll immediately, without question, want to drive right over knowing absolutely nothing about me, having no emotional connection to me, but get right to it.

Brain in DeNiro’s iconic voice: You! You have a gift. Yep, do it. There is literally no other possibility between heaven and earth other than a flood of desire gushing from her lady parts as she sprints to your house. Okay, great call.”

Delilah: “Hi, Jason. How was your weekend?”

Jason: “Great, Delilah. How was yours?”

(15 seconds pass without a reply from Delilah.)

His brain: “DUDE, send a dick pic. NOW. She’s totally waiting for it. TRUST ME, you don’t get opportunities like this every day, and when they’re gone, they’re gone forever!!! DO IT. IF DO NOW, NO CAN RESIST! GUESS WHO’S GOING TO HAVE SEX TODAY IF YOU SEND IT — WE ARE!”


Male brain in an email exchange with female in work setting:

Kim: “Hi, Tanner. Attached are the TPS reports in Excel Spreadsheet as requested. Please, note Q4 growth in revenue. Shall we set up a call to discuss further?”

Tanner’s brain: “TANNER! Stop everything. She used the word ‘growth.’ Buddy, this is the opening we’ve been waiting for all year — SEND. A. PHOTOGRAPH. OF. YOUR. DICK. RIGHT. THIS. SECOND. Trust me on this. You will literally be balls deep in Kim by the time your finger releases from the send button. She’s virtually begging for it. Do you think she said ‘growth’ accidentally? Hellz no. That is your power. That is your majesty. This is your time, man. Your time. Carpe fucking dick pic, bro.”

It’s ok gents, I’ve been there too. Life now is not about denying your power, majesty, and claim to greatness, but it is about integrating them into a world that truly does not want to see your cock without having asked.

How could this be, you ask? Let’s dive deep into the psychology of both sexes and why sending a snapshot of your junk seems brilliant to you — and you alone. 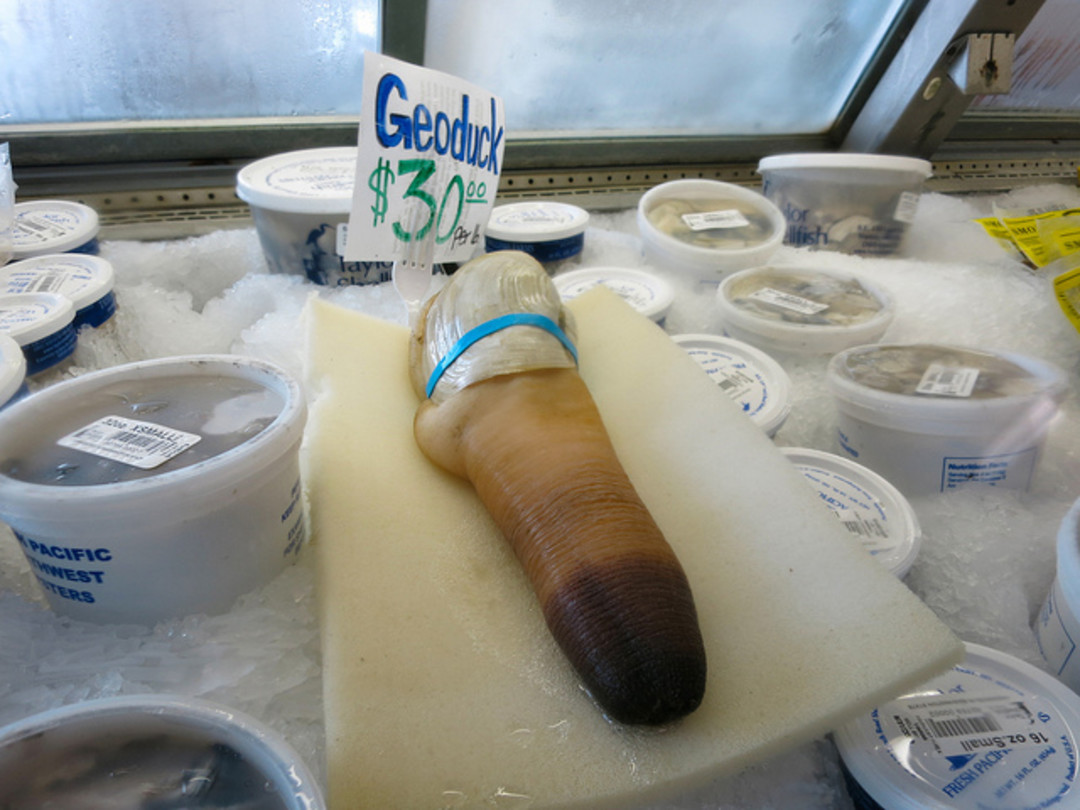 Gentlemen and owners of penises across broad times and modal domains, I present to you — The Ugly Baby Theory

We all have that friend, don’t we gents? The one who insists on sending our girlfriend or wife pics of their newborn child. The baby who looks something like a cross between an alien and a pug. It’s little face all rashy and red splotched, crusty shit around its freshly made eyes and nose.

Think about it for a second. What if the way you feel when you see a pic of your friend’s ugly baby is exactly how a woman feels when she sees an unsolicited photo of your junk?

Go ahead, have a seat and let that settle in. I’ll wait.

I know brother, I’ve been there too:

But the lighting in the room is perfect.

But the length-to-girth ratio has never been more accurately reflected than with this new iPhone upgrade.

You sir, have an
ugly baby
between your legs.

“But she loves her baby, so she must love mine,” you protest.

I know, I know. You can blame oxytocin.

Oxytocin is the hormone that floods a mother’s brain when she looks into her newborn’s eyes, bringing her feelings of euphoria, joy, and ecstasy whenever she gazes upon her screaming, shitting, ball of round-the-clock snot and sleeplessness.

Why? This is nature’s way of making sure she doesn’t strangle it or leave it by the side of the road after a marathon of teething grinds her sleep to a collective four-hour halt for the week.

When you see that photo of an ugly baby (no offense, baby), you don’t have the same euphoria, joy, and ecstasy as the mother does, do you?

Why? It ain’t your baby so there’s no shot of Oxytocin in your arm. And, let’s be honest, when you see that ugly baby, sex is the last thing on your mind, isn’t it? Interesting. Hold on to that for a moment.

Now, I am an author, speaker, and men’s coach, not a scientist. However, I am also a firm believer in “cocksytocin.” (If the Nobel Prize people want to contact me, I’m at [email protected])

I stand, proud, upright, and rigid in my belief there is a yet-to-be-found hormone that mirrors the effects oxytocin has on mothers, but we will find it throbbing through the veins of men. It floods our brains with the same elation our female counterparts experience with their babies, only it hits us when we gaze upon photos of our own dicks.

Why? So we don’t cut it off or promise to never listen to it again after a marathon week of paying child support, buying flowers, and pretending to be vulnerable all due to decisions it has made for us in the pursuit of sex.

So, next time you ready to hit the send button and share your something special, remember the ugly baby. And know that the recipient of your photo will be as “excited” to fuck you when she sees it as you are when you see the photo of her little alien pug thing.

That 2007 summer in Los Angeles was a big one for me. I learned a lot about being single, the differences between men and women, and, of course, photography. I also came up with my own golden dick pic rule.

We all know the Golden Rule: “Do unto others as you would have them do unto you.” In other words, don’t be an asshole. Here are two options of the Golden Rule of Dick Pics:

Golden Rule
Option 1
could read:
“If you wouldn’t
do it on the street,
don’t do it online.”

Guess what happens when you walk up to strangers in public and show them your dick? Yep, you go to jail! Jail. It’s that unappreciated by the unsuspecting public —
for a reason.

Golden Rule
Option 2
could also read:
“Ask yourself
if you’d like a guy
to do it to you.”

Imagine grabbing coffee with Bob from jiu-jitsu and right after your first sip of joe he shows you his hard-on. Easy there, Bob. I didn’t ask to see that!

Welcome to a day in the life of just about every woman I know with an Instagram account.

By my personal end-all, be-all Golden Rule of Dick Pics, after polling hundreds of women on this very topic myself, can be summed up as this:

“Unless it’s specifically asked for, don’t send a dick pic under any other circumstances. Ever.”

Read that again. You can even print it out and tape it to either your dick or your phone if you need the extra support. You can thank me later.

To really give this context, let’s look at one last hypothetical interaction:

Delilah: “Hey, Civilized Man, how was your weekend?”

Your brain: “Shit, not really sure what to do here. Hot diggity, I think she wants to see my dick. If only I had some kind of rule to follow—wait a minute!!! (looks at back of phone, checks print out, rereads Delilah’s question, connects dots between the lack of a request for a dick pic from Delilah and her apparent lack of desire to see it at this moment)

Your newly Uncivilized being: “Hey, Delilah, it was amazing. Thank you for asking!” And miraculously, Delilah wants to learn more about you and your amazing life rather than blocking you on all possible mediums.

And there we have it.