Tell me where to send the book preview 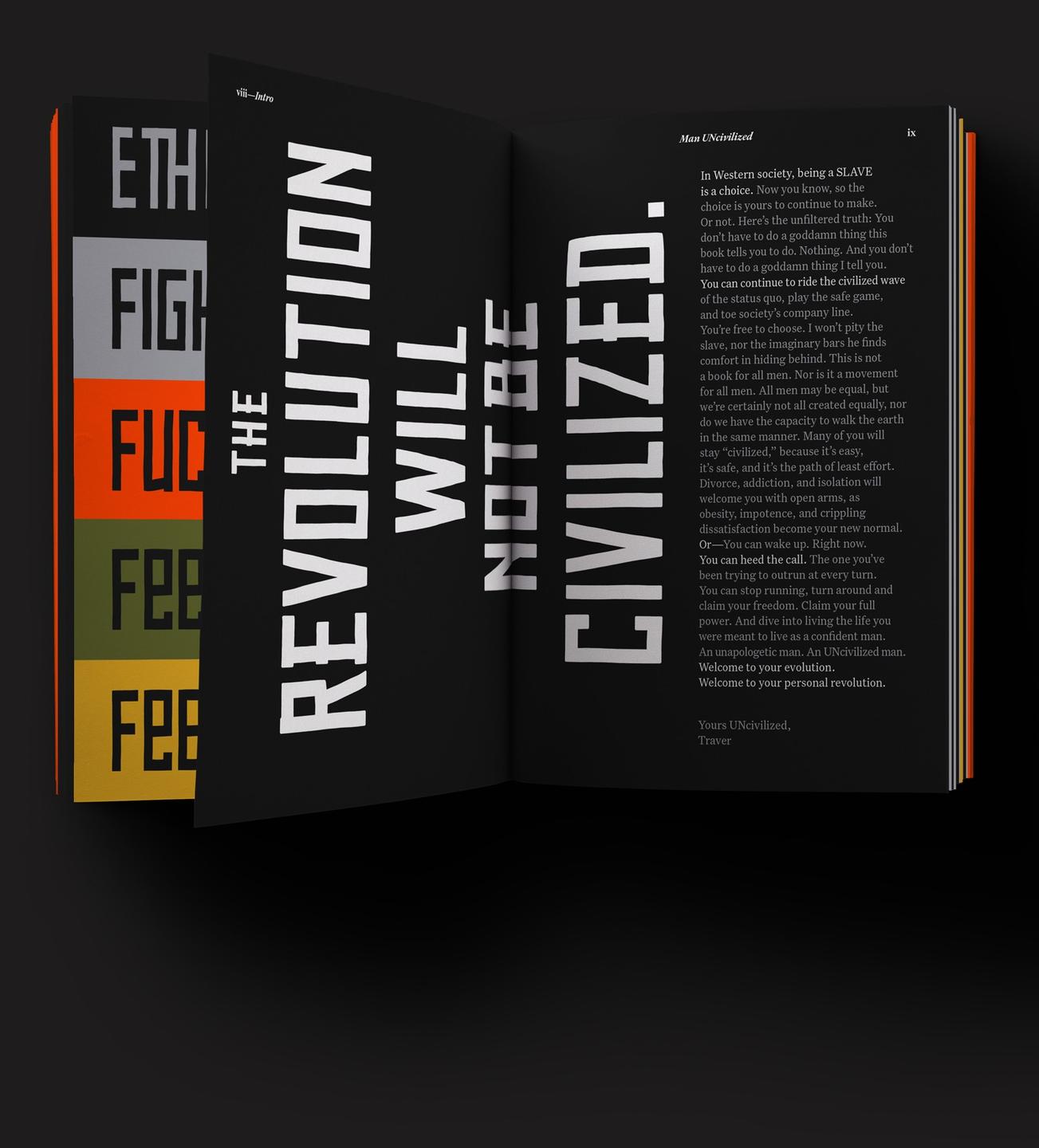 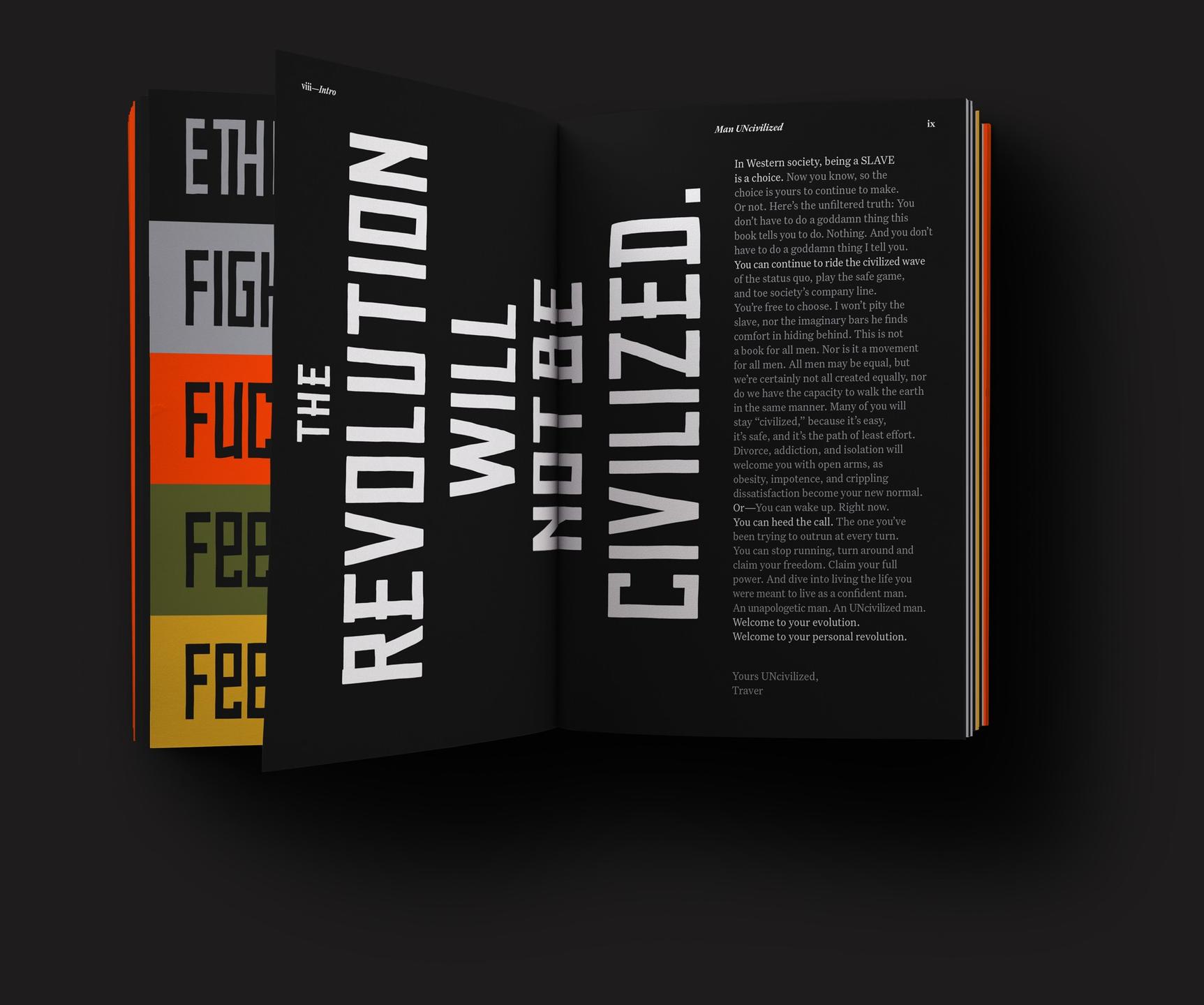 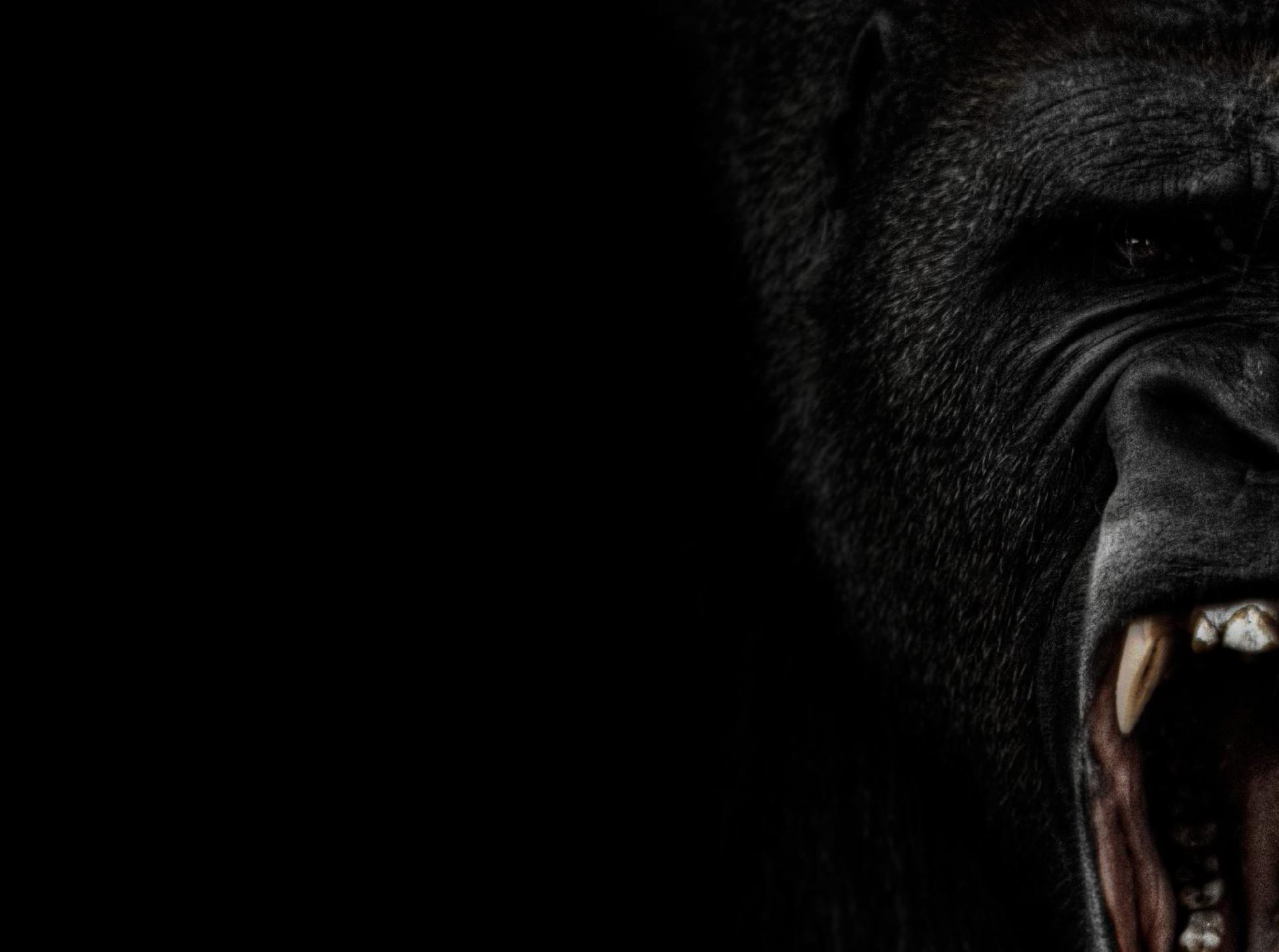 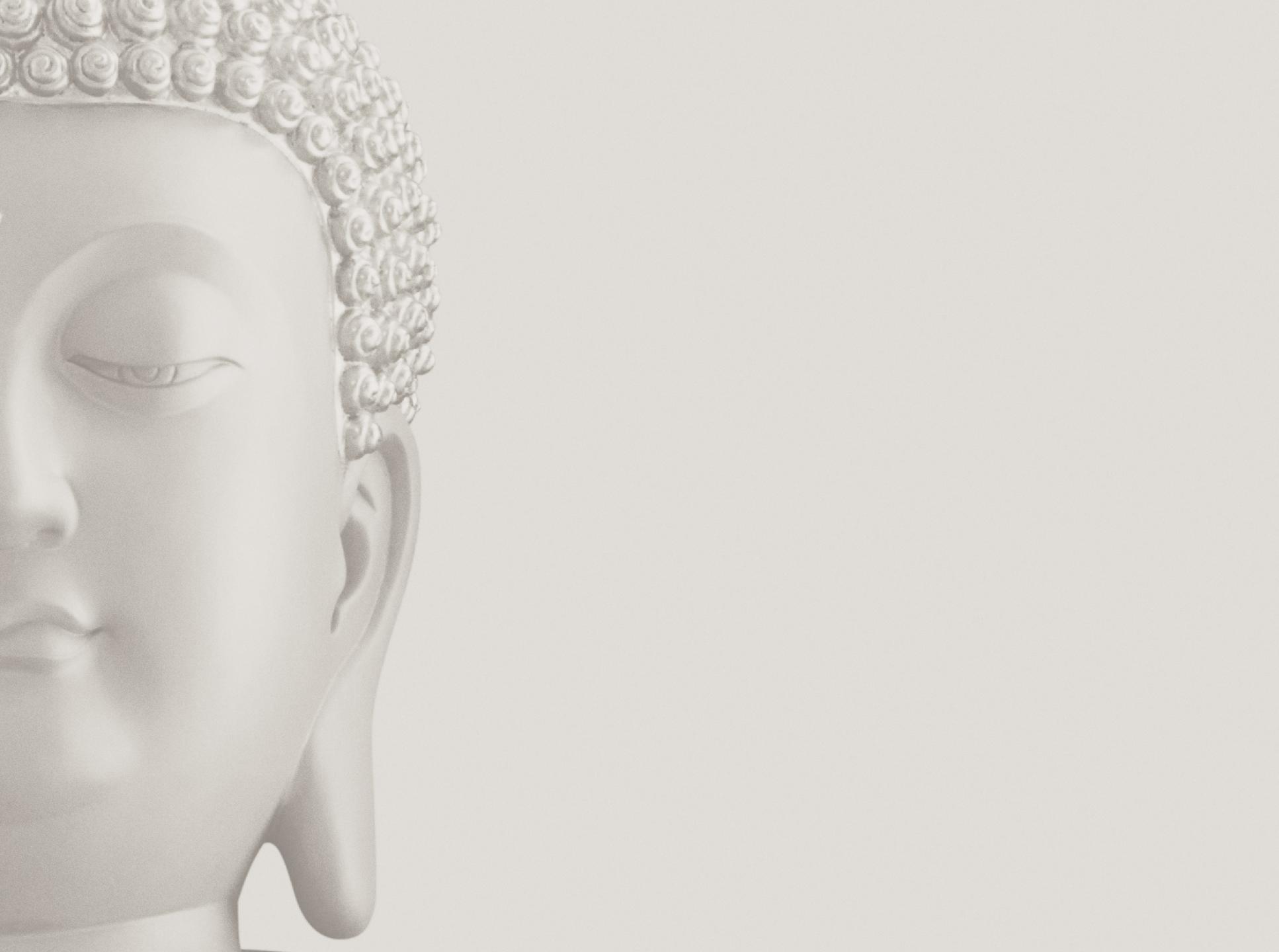 A brother of mine gave me a copy of your book and I can say without a doubt that it has made more sense to me than anything I have ever read. Your book perfectly described what I have been trying to be my entire life but I could never put into words or I would push it to the back of my mind. There aren’t words to say how grateful I am to you for your book. It’s fucking healing and genuinely has put me in a much better place mentally and continues to do so. Thank you brother.

I finished your book last night. Probably one of my fastest times in finishing a book beginning to end. I wanted to thank you for setting the record straight and being a catalyst for positive change for men, and the world in general. The book couldn’t have found me at a better time. As a 27-year-old figuring out my own shit with my business, my relationship with my girlfriend and my own family, your book gave me a different perspective and approach on how to handle certain things. I’m eager to embark on this new journey with myself. Thank you.

I am a 44-year-old widow raising three teenage sons. My late husband was unapologetically uncivilized.

Your book puts into words how I’ve been trying to raise them the last 4 years. I am a champion of uncivilized men, including the teenagers I teach daily.

I love being outdoors and hiking and building shit and shooting guns and sex but never identified with the hyper masculine attitude/persona that’s often portrayed and also had my struggles with my mental health invalidated by the “man up” culture I experienced growing up where I had to repress my anxiety and depression only for it to fester.

But then you come along and talk about real shit, like mental health and even racial equality. Which are important to me and part of my core morals. So thank YOU Traver for reuniting me with masculinity and helping restore some of my faith in my fellow men.

Traver, you have been a godsend. Love your work and your words. Thank you. Big Hugs, Fist Bumps and High Fives. Peace Brother.

Listening to your book on audible for the third time through today and it’s been a game changer for me - thank you. The first time shattered a lot of my beliefs and now I’m trying repeat exposure to really cement it into my brain. The book and the meditation course have really changed my mindset in a positive way.

Every man I’ve met since my divorce I’ve sent your way. Basically if they can’t level up with your messages, books, podcast—I’m not interested 🙌🏽❤️

I would best describe it as having an understanding and awareness of energy.

You are starting at the root. Tapping into the primal, saintly and savage deep inside… they hear your call and are waking up.

Traver. You are changing this world…

This book is pure medicine; it serves as antidote to the toxic masculinity And the fear of being unapologetic about owning your manhood. I was gifted this book and have since gifted it two times myself to important people in hopes it brings the same bold empowerment and growth.

My only recommendation with this book is to take your time with it, and share your journey with someone important to you. I definitely recommend this book if you’re tired of seeking approval or acceptance, if your done feeling shame about your journey, and if your done watching from the sidelines and are ready to own your life.

I bought this book as a single woman. Why? Because I love men. I deeply care about how men treat themselves, are treated and believe so much in the potential of solid partnerships where both parties are in their power.

Your book... gave me chills many times. I felt seen, honored, respected and for the first time in a long time, started to get excited about the prospect of dating again.

The energy and heart you put into this book is felt in its pages.

I look back at all the men in my life, the ones who I have hurt me because I could see unnamed potential, my father who never provided safety for me, just all of it... I had a hard time putting intp words what I was waiting for, but it's here. In your book, through you and the men you work with.

Thank you for doing what you are doing. I gave my boyfriend your book six months ago and asking him to read it. He ignored it. Six months later I ended the relationship. He was devastated. He picked up your book, listened to your podcast (among others), quit drinking, started seeing a counselor. We are now working through our own issues (I’m codependent. With shitty boundaries 😬) with the intention of being stronger together in the future. He is a forester, rap attack, hard working, BJJ brown belt. You were relatable to him and the ethos were straightforward and impactful.

I have also decided to stop drinking. Thank you so much for what you are doing. My girlfriend is now getting your book for her boyfriend :)

This book is for men and women alike, but not for the faint of heart or those accustomed to blame-shifting their problems and finger-pointing at the world for their woes. On second thought - maybe these folks need it most. This book is savage poetry, unapologetic, confronting and compassionate in one sweeping breath.

I found myself laughing out loud on one page, fist-pumping the air on the second, blushing by the bold proclamations Traver calls out on the third ("Whoa...he just said that?! He just said that!!!") and then crying messy man tears the page after. Traver has given eloquent voice to so many sentiments I've shared, held a mirror to the aspects of myself that I'd kept hidden, and given me permission to be messy AF while striving to become a better human.

This book will help you become 100% responsible for your life and for the brighter, kinder, UNcivilized future we all aspire to co-create. 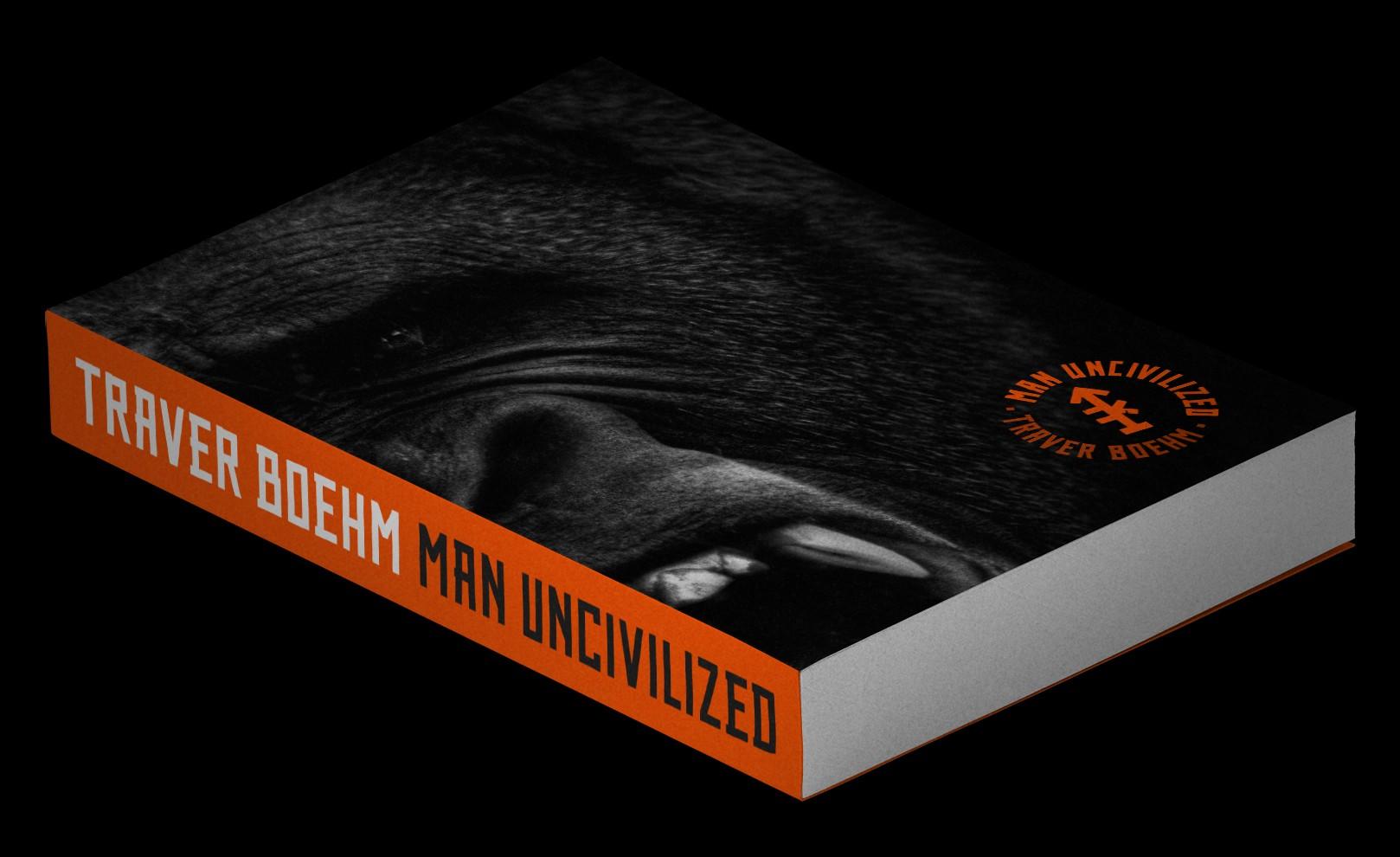 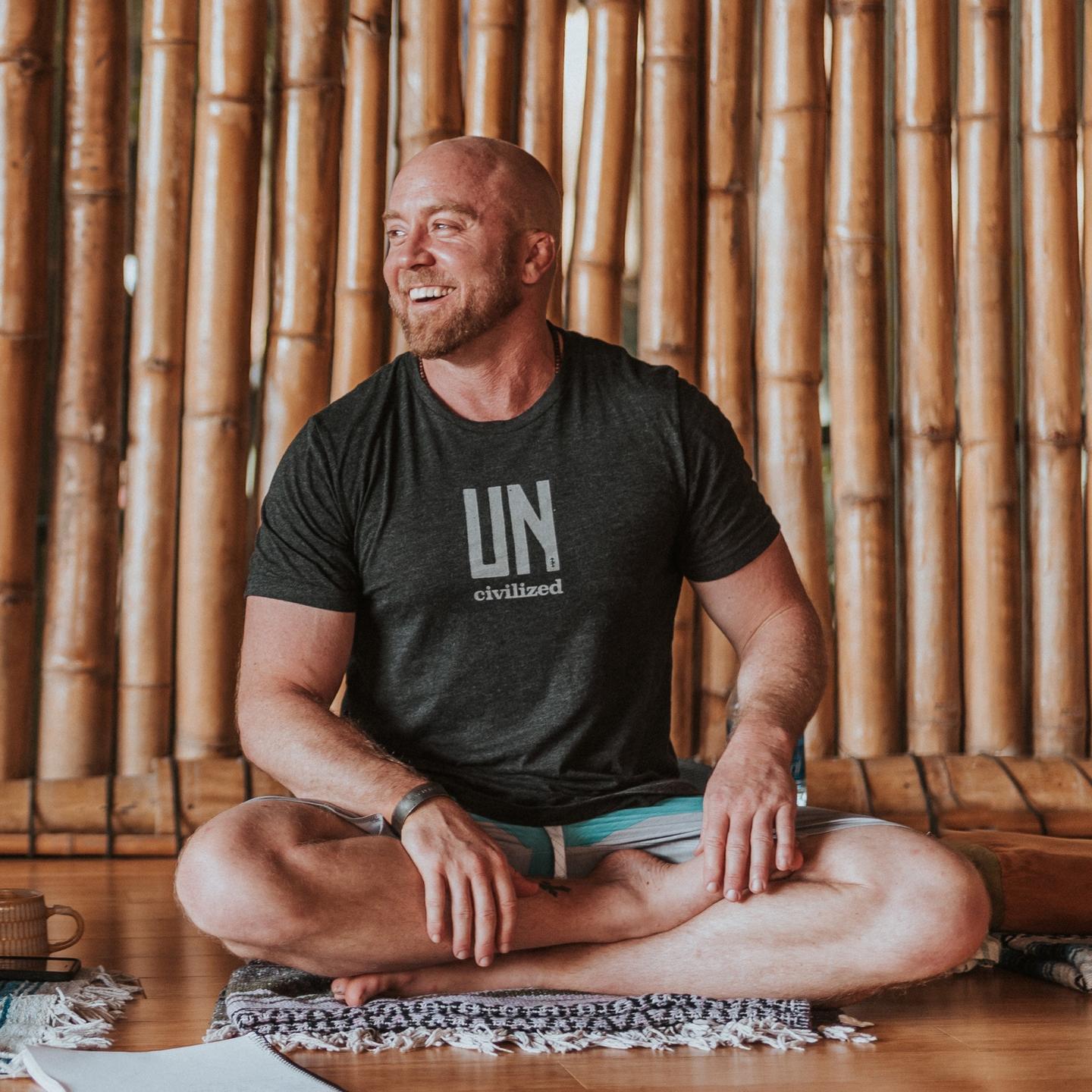 Traver is inspiring millions of men to shift their experience of masculinity by combining the Primal Masculine with the Divine Masculine.  He is an author, speaker, and founder of the Man UNcivilized Movement, as well as a former Strength & Conditioning coach, a CrossFit gym owner, an MMA fighter, a bodyguard, an acupuncturist, and a surfer.

Check out his amazing TEDx talk by clicking here.