Deal With Your Shit Or Trip On It 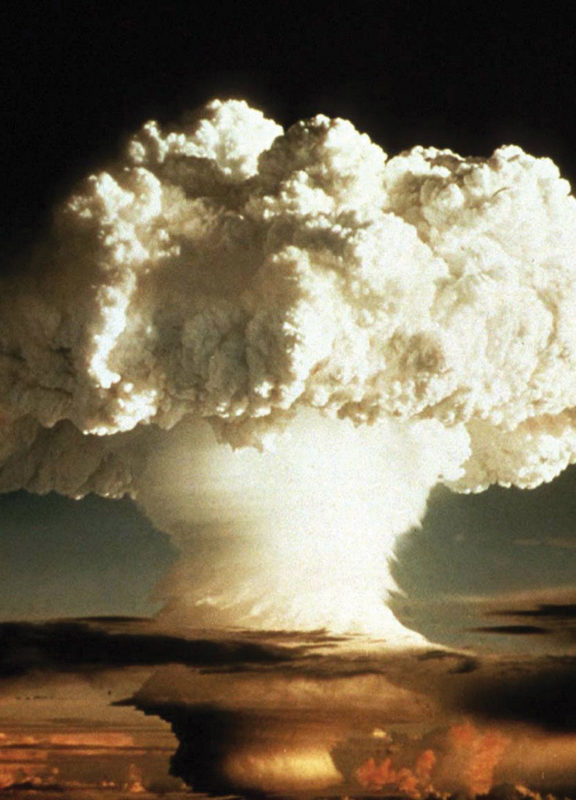 There was a box dropped on the floor in the middle of my emotional living room. It landed there last weekend when I found out my ex-wife got remarried shortly after our divorce was finalized.

Boxes get put on the floor of all of our emotional living rooms. People pass away, we get betrayed, friends say things that we can’t shake. The list goes on and on. As men, most often we tell ourselves these boxes aren’t there.

"Fuck that box.
It’s not even there.
I didn’t care
about that anyway."

Or we drink until we can’t see it, work 90 hours a week so we don’t have to be home and acknowledge it, or dissociate from it in any number of other ways.

Below I’m going to show you how to unpack your boxes, break them down, and throw them out once and for all.

A BOX
FULL OF STORIES
AND LIES

Man Uncivilized client Jacob found out five years ago that his wife was cheating on him with his best friend and golfing partner. Double whammy. Amazing huh? People can be shitty.

When I asked him how he dealt with it he told me right after he caught them he went out and got wasted for two weeks straight, then started sleeping with his nanny. And that was that. Don’t judge a man till you’ve walked a mile in his shoes…and caught your ex fucking your best friend.

Now, even though it’s a half decade later, Jacob’s got anger issues, has been so hungover he’s had to miss work, and is not anywhere close to being the father to his three kids he wants to be and needs to be since the family got split up.

He knows he’s still tripping over the box and isn’t showing up as the man he wants to be. Thus, he’s taken the courageous step of transforming himself.

Last month we agreed to unpack this box together.

“Here’s the deal Jacob,” I told him. “You have to look through this. It’s filled with stories that you’re telling yourself, unexpressed emotion, and let’s be honest, a shit ton of pain.”

“I don’t think so,” he replied. “I’ve read enough books at this point, I meditate, and it’s been five years. I really shouldn’t have any leftover emotions around this. I think I just have some bad habits I need to break.”

“Emotion doesn’t give a shit how much you’ve read, nor does it care about the word ‘should,’” I told him. “Your anger and drinking aren’t bad habits, in my opinion. They’re branches on a tree with some rotten roots. Nothing’s going to change long-term unless we dive into it.”

What about you? Are you dealing with bad habits too? Or do you have some branches that are expressions of roots you’ve never looked at?

I MUST NOT MEAN SHIT
TO ANYONE

“Open the box, reach in and pull me out three stories that you told yourself after you found out about her affair,” I told Jacob.
Just to have some skin in the game, I found an ‘I mean so little to a partner they can get remarried immediately after me’ story that I had to look through from my own box. Low and behold the pages were empty when I really examined it…and I’m probably haunting her dreams.

“Ha, ok,” he told me and got really quiet for a number of minutes. “The first story I found was I’m so worthless I can be betrayed by both my ex wife and my friend. I must not mean shit to anyone.”

Even though Jacob was stuttering while telling me this, I made him say it out loud three more times. Then he had to write it down and read it to me.

The words had to get out of his body. He had to own that this story was real for him. That it had lived in him in some capacity for the last five years.

“Is that true?” I asked him. “Is that why you were betrayed by two people you loved? Did they look at each other one day and decide they would destroy two families solely because of your worthiness?”

He thought for a minute longer before admitting his own reasoning most likely had nothing to do with their poor decision making. Nor that he was worthless.

“Do you think there’s a chance your ex and friend could have gotten caught up in their own drama? Caught up in the fog and adrenaline that is forbidden attraction and an affair? Do you think they could possibly be extremely selfish, narcissistic, depressed, and/or any other of an infinite number of reasons — none of which excuse their behavior? Infinite as in a crap ton that literally had zero to do with you and your worthiness as a man, a father, or a husband?”

He nodded several times slowly, taking it all in.

What story is in your box? Have you spoken this story out loud to another man? Have you shared it with someone you trust, asking them to simply witness your speaking of it before asking you whether it’s valid or not?

Do this. Today. Call another man you trust and start with, “Hey there’s this story I’ve been believing…can you hear it for me, I think it’s bullshit, but it’s also running my life.” 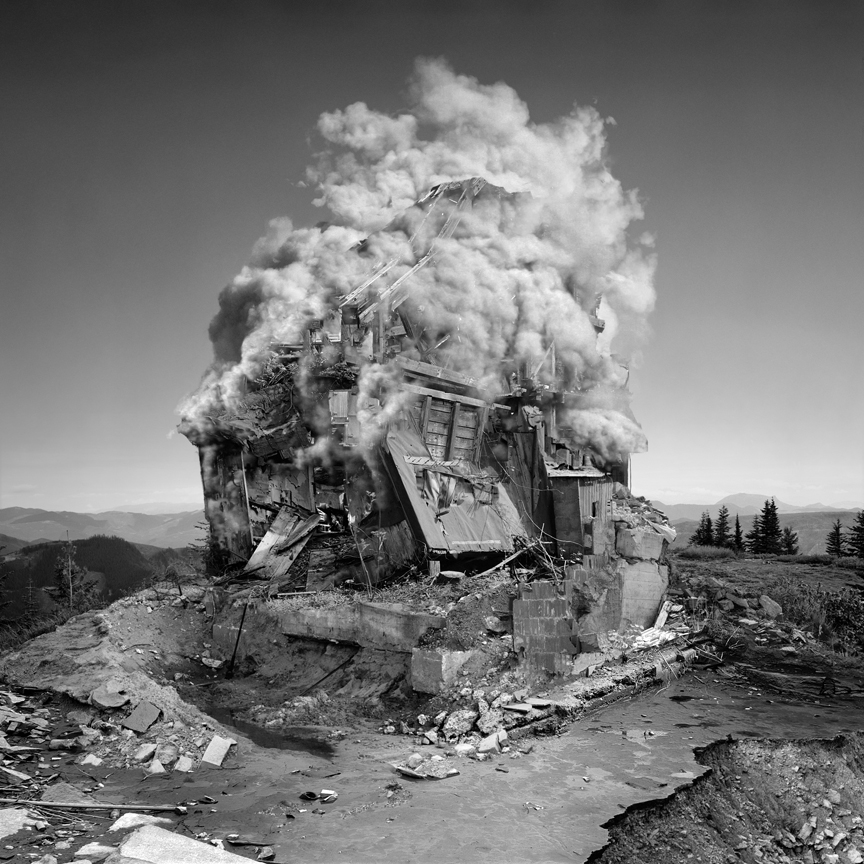 UNEXPRESSED EMOTIONS
WILL BURN
YOUR HOUSE DOWN

For the next hour, Jacob and I went through story after story and with then emotion after emotion. He yelled, he cried, and lastly, he laughed at the absurdity of the entire situation. “Seriously, I didn’t think this kind of bullshit happened to real people, but it happened to me!” he said after blowing his nose. Reality is often far more interesting than fiction ever will be.

And guess what Jacob got to do after our session?

He got to walk through a room in his life without something sticking up in the middle of it. Something begging for acknowledgment and recognition. Something clearly willing to burn the house down to be seen.

Your box doesn’t give
a shit how smart
you are, how often you
tell yourself you’re fine,
nor how spiritual
you’ve become in light
of whatever trauma
UPS’ed the damn thing
into your life.
There is no avoiding
the box, only going
through it. Know that.

Jacob shared a week later that feels human again. In his words, “It feels like I finally spent a fall weekend cleaning out my entire basement and garage, both liberating and proud. I feel different now.”

While he’s not out of the woods completely, this was a massive step and in the weeks that followed Jacob decided to go to therapy and unpack boxes that went back to his childhood.

That my friends takes some gumption. But he grabbed his sword and shield and made the decision that his past wasn’t going to ruin either his future or the experience his kids had of him as a father.

On the day I found out about my ex, I did the same. I called my buddy Drew and asked him to listen to me for twenty minutes or so. Then I spit out all of the ridiculous stories I could possibly conjure up. None of which were “truth” but all of which had the potential to influence my entire future if I adopted them as such.

OR, to dive into the box and be uncomfortable for twenty minutes only. Twenty authentic minutes versus years of fights, arguments, and reactions that I can’t figure out. Fuck that. Unpack your boxes gents. Either with a coach, with a therapist or a trusted friend.

There’s nothing more peaceful than walking into your emotional living room and finding it empty. That’s when freedom has a chance to come sit on your coach and make itself at home.

Go be a Legend in the world. 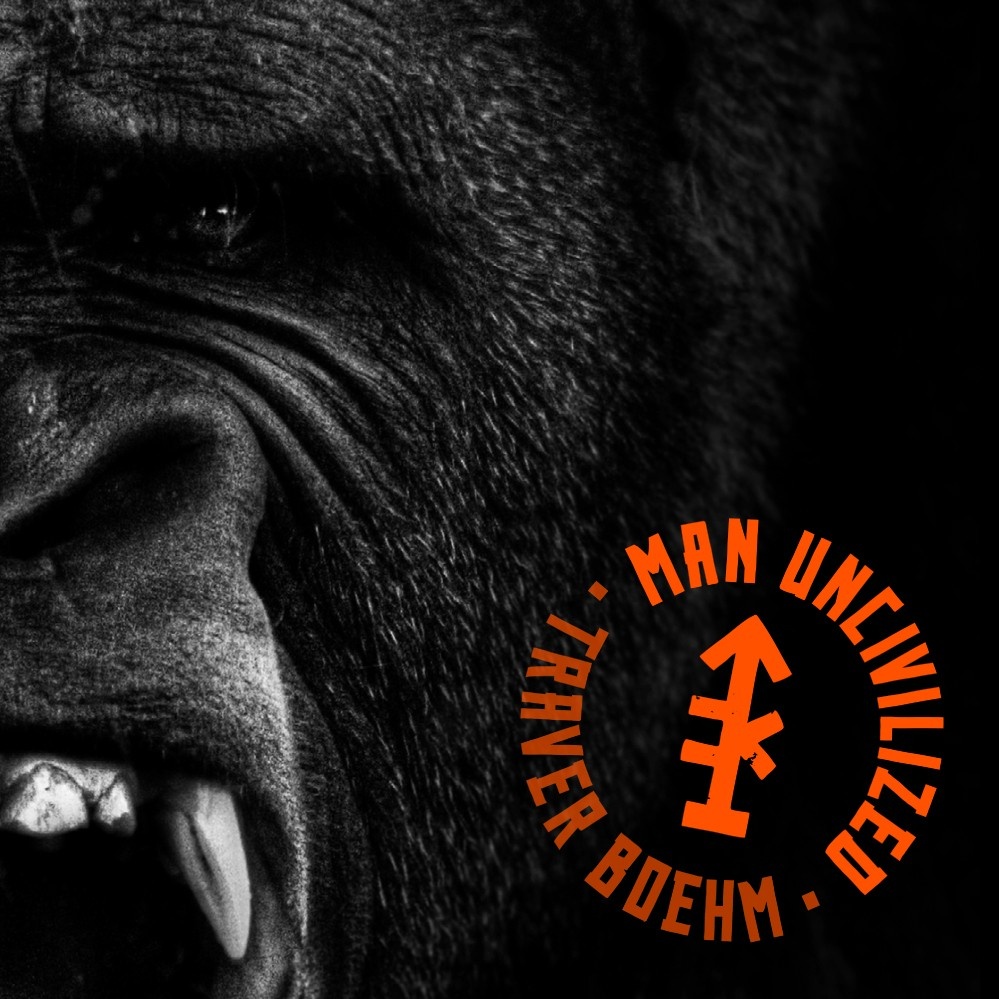 This is your guidebook on everything you didn’t know you needed to know about men. 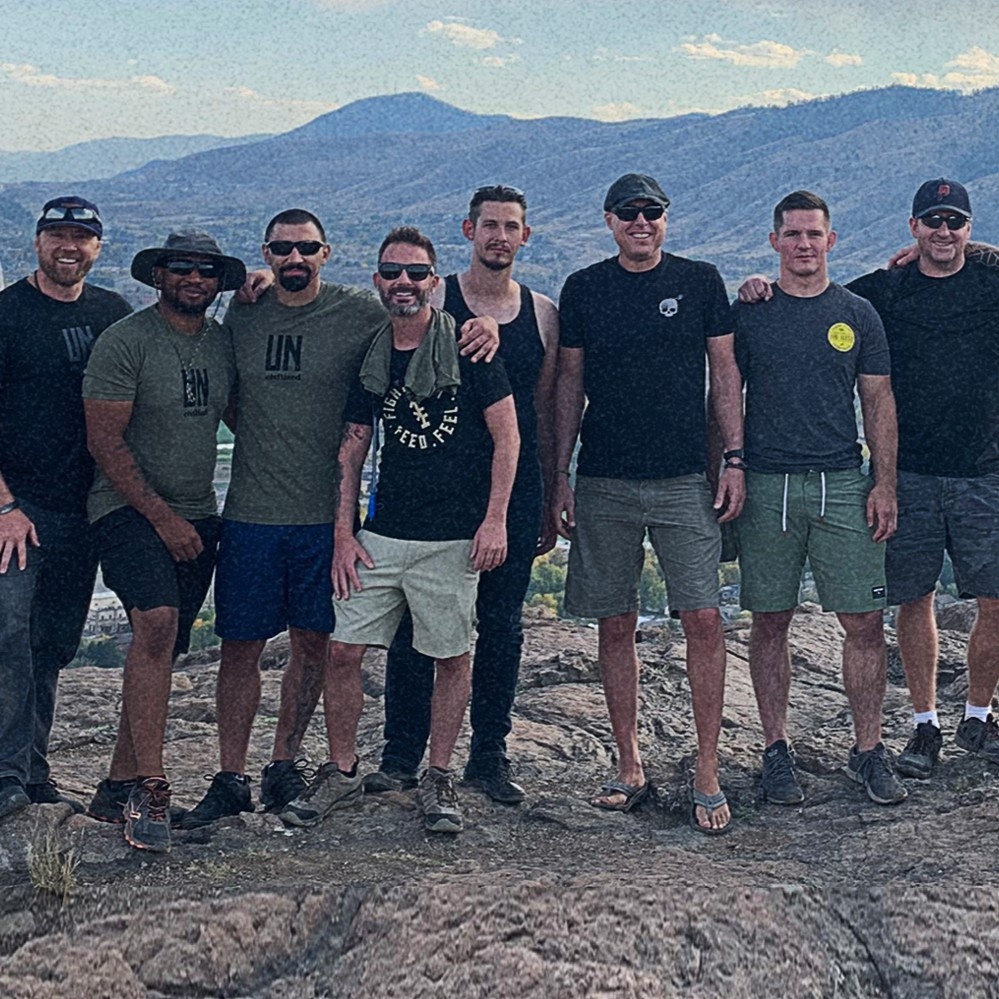 Join our global brotherhood of UNcivilized men where we learn, grow, and support each other. 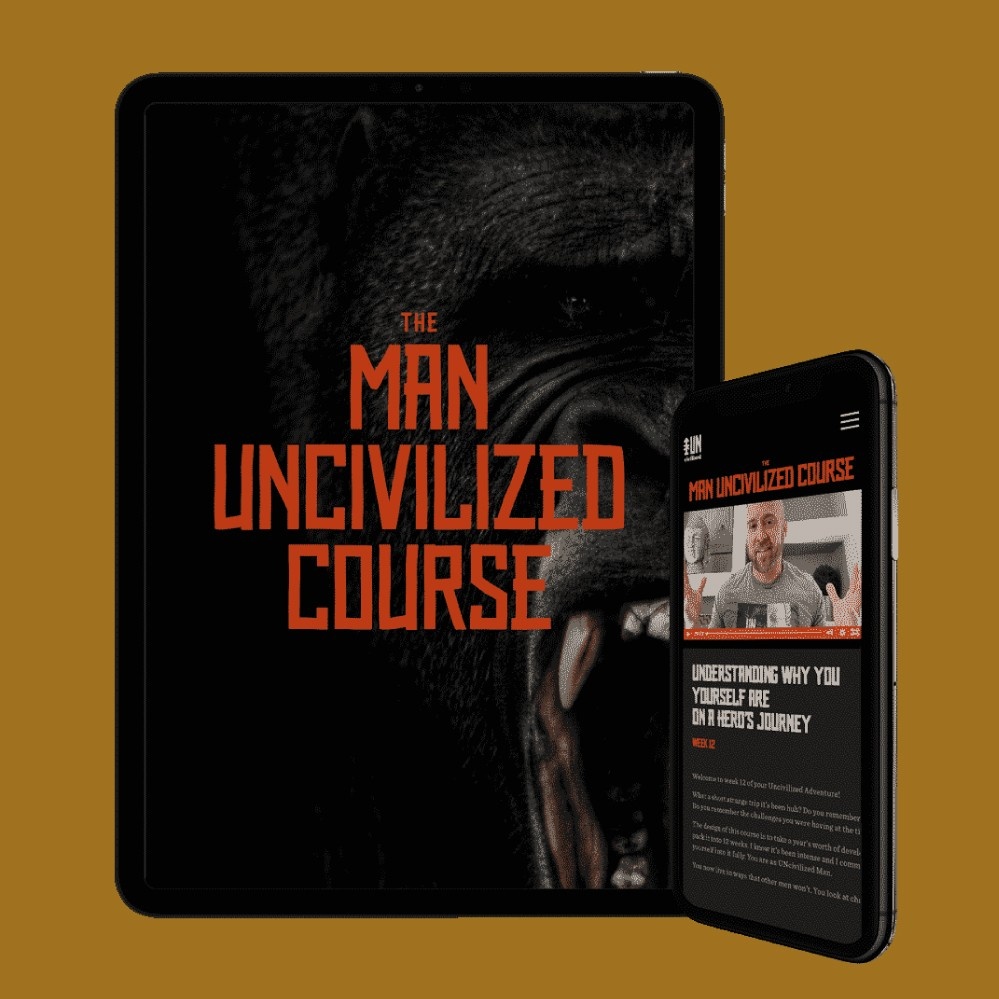 Learn how to claim your power, hone your vision, and own every room you walk into. 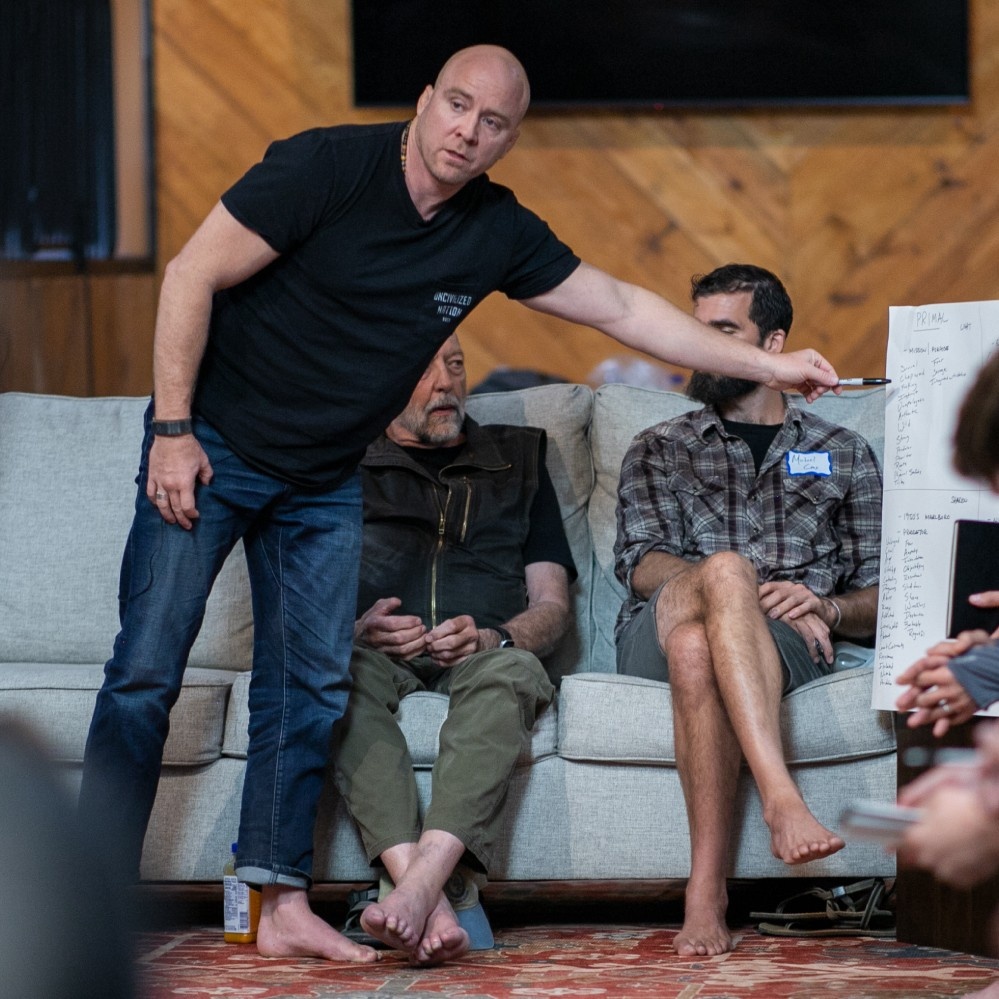 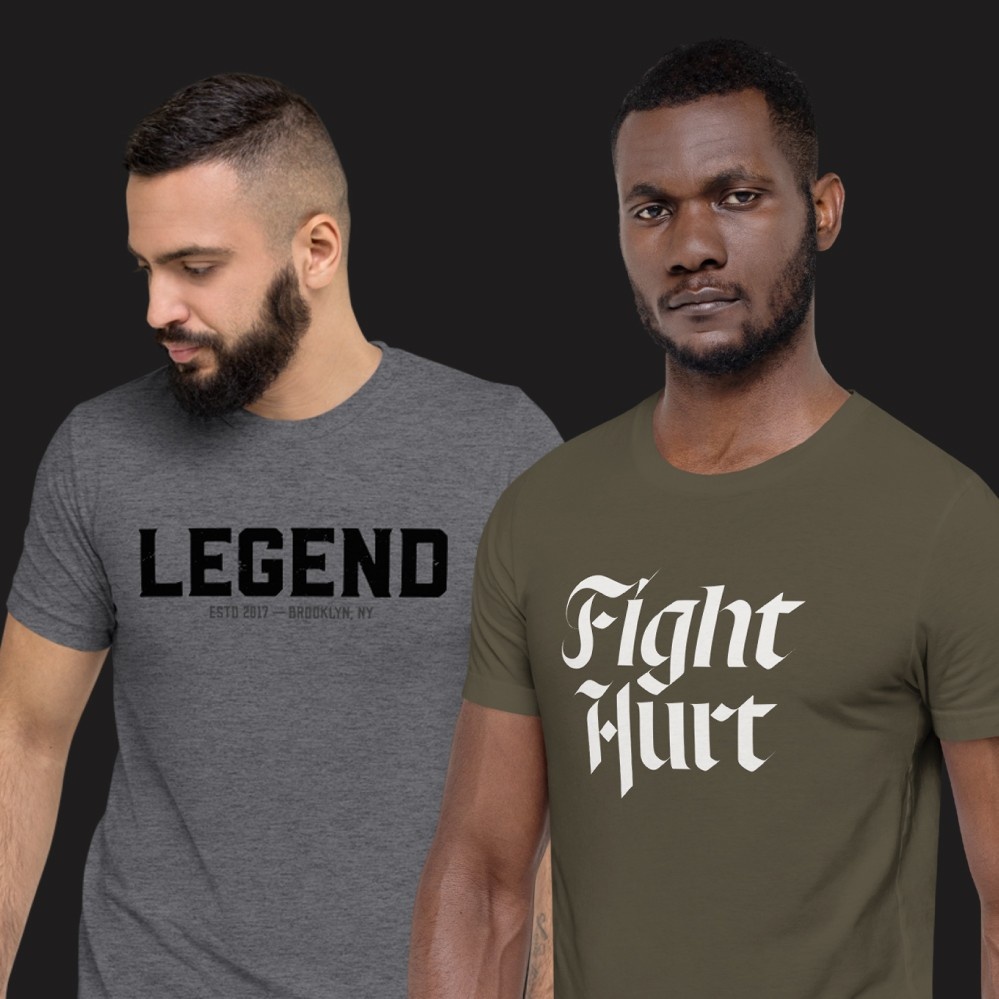 Own it. Wear it. Live it. Rep the UNcivilized movement. 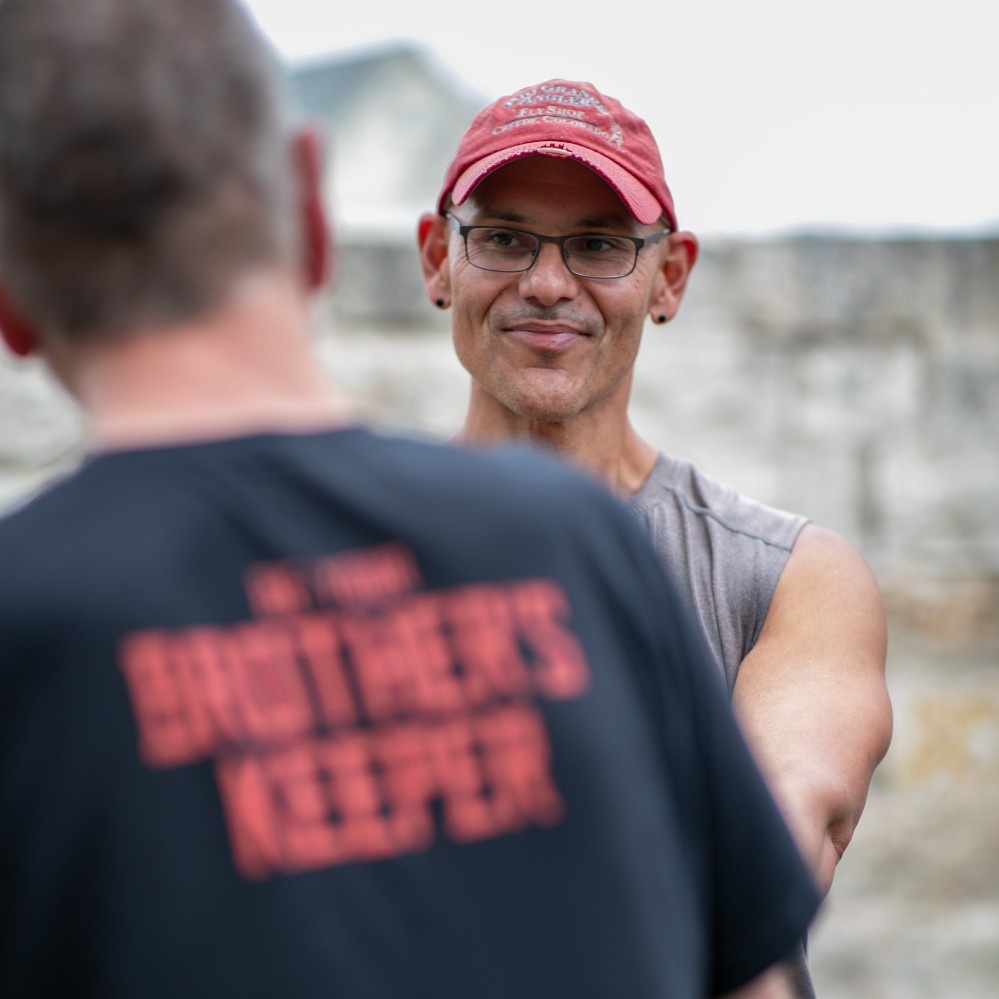 Become the man you know you can be with the support of a certified UNcivilized Men’s Coach.