Why we need to shift our attitudes 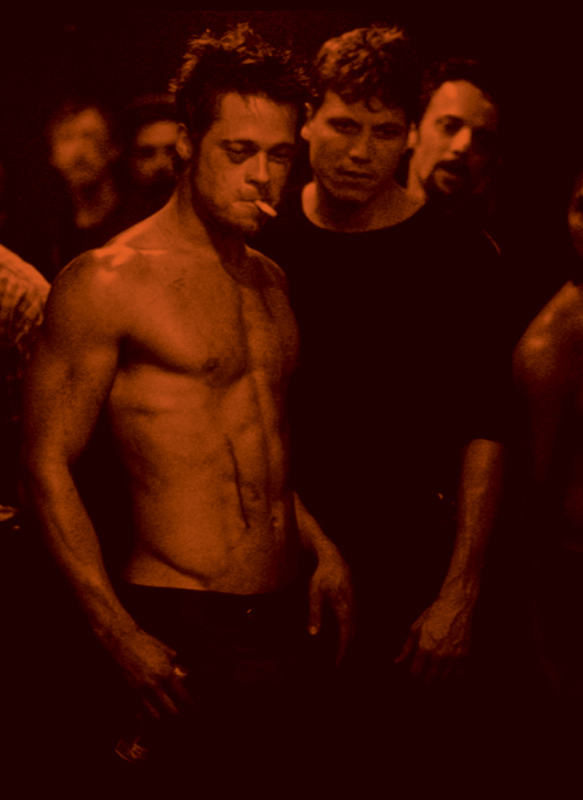 Chris chokes people for a living, and write poetry in his free time. Some are going to read that and miss the point. It’s a statement about our biology, about what’s written into our DNA, and provides insight into how we men need to take care of ourselves.

For most men, self-care is a foreign and intimidating concept – and I’m not talking about showering. It lies somewhere between the fear of waking up one morning and realizing we’re vegan and completely letting ourselves disintegrate into a walking health catastrophe.

ALERT: Don’t walk away from this article just because I used the word “care.” We’re going to quickly call it something else so everyone is comfortable with the concept. Let’s refer to it from now on as “giving a fuck,” or GAFing.

The male animal is not faring well in the world on a number of levels. We die years before our female counterparts, three out of four American men are overweight or obese, we pretty much dominate the world’s prison populations, and we are responsible for the vast majority of rape, murder, and other inappropriate behavior. We can do better. For ourselves, first and foremost.

Dysfunction in human behavior is a multi-faceted issue before we even take mental illness into account. I am a lot of things, but I am not a psychiatrist, so this article is geared toward those of us men who struggle with some of the basics. Most importantly the basic of GAFing – of moving, of listening, and of communing with other men. Here are three areas where simple shifts can pay large dividends in your health, happiness, and well-being. Chris covered the first with his ever-present wisdom.

YOUR BODY IS NOT A TEMPLE –
IT'S A WEAPON

It’s not a damn temple, and you’re not a poodle. It’s a living breathing organism that you have to reside in. It’s the cause of more joy and more pain than anything else in your life. Ever had a toothache take you out for a few days? Yea, your body can turn on you at any moment and even the slightest pain can derail the best-laid plans.

You have to use your body – especially as a man. Remember, we’re about fighting, feeding, and fu*king. Tips for better living in the kitchen and the bedroom will come in future articles. Today I want you to look in the mirror and realize that even if you can’t feel it, there’s a predatory aspect to you, as well as a protective aspect. Somewhere buried beneath your well-folded khakis, emotional intelligence, and/or beer gut is the knowledge you come from a lineage that killed to eat and killed to protect. Predation has a bad name because the expression of the shadow side of it fills prisons and ruins innocent lives. However, channeled predation is nothing more than determination, goal setting, and keeping a healthy body.

As a grappler and kettlebell enthusiast, I have my biases in predatory expression, but I believe every many should understand the basics of fighting and have uncooperative physical contact either with another person or a training device on a regular basis. We either need to be punching, kicking and wrestling with another human or having a weighted item like a barbell crash into our bodies on a regular basis.

Doing so affirms our DNA, it honors the part of us that no longer has to go out and hunt for food or protect our villages from marauding gangs – but is still looking for expression. It fills us up in a way ] no other activity can. It’s a male ancestry merit badge won on a workout-by-workout basis. Even if you’re not “the athletic type,” it’s important to answer the question for yourself, “How do I express my inherent predatory nature in a healthy, physical way?” Putting yourself in harm’s way in a safe and controlled environment satisfies the predatory aspect that lies coded in all of us. Give a fuck about your body; use it, learn from it, sharpen it. Daily. This sharpening of all angles was what Chris was speaking about in the opening line. 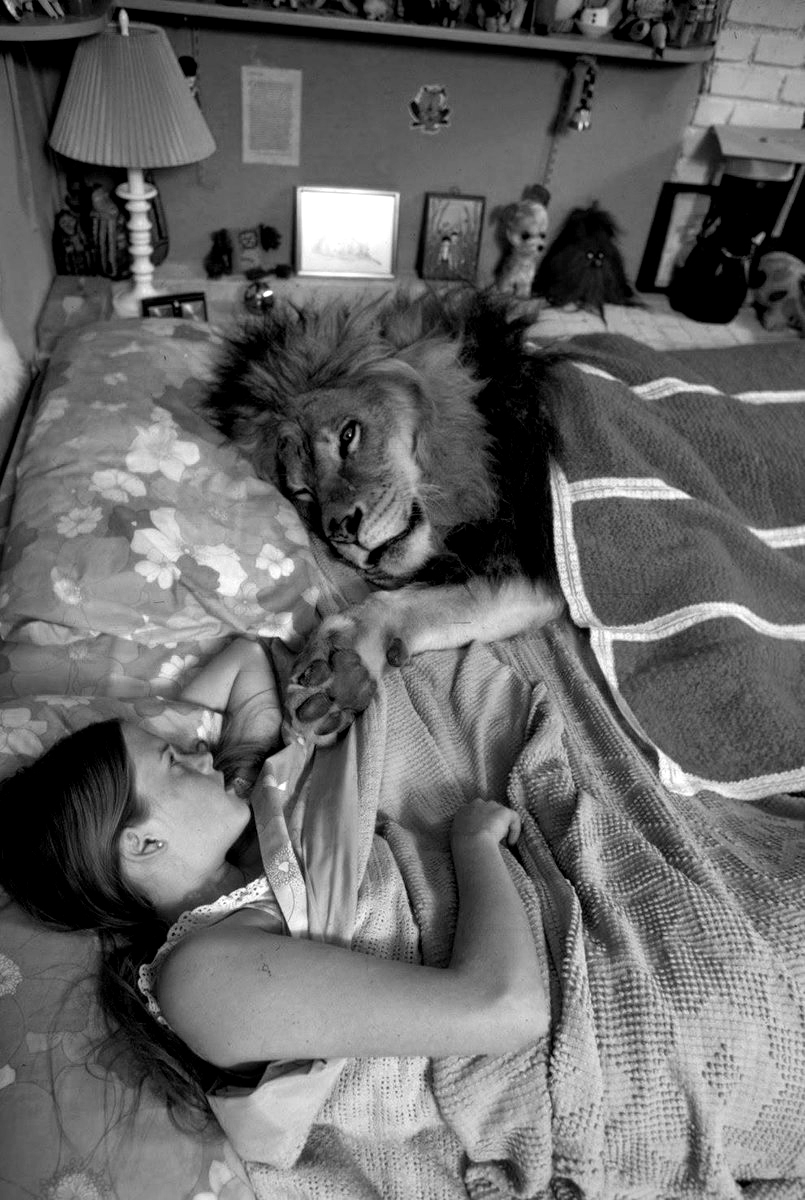 This is an assignment I gave to one of my forty-year old male life coaching clients. His standard weekend consisted of getting mildly drunk Thursday and Friday nights, hitting the gym Saturday morning, watching football and drinking beers with the fellas at a sports bar for the rest of Saturday, getting shit house drunk Saturday night, and then meeting up with friends for brunch and Sunday Fun Day.

He reported that by Tuesday afternoon the fog in his head had cleared and he was ready to tackle his week sans nausea. He came to me with the feeling of dread that his life was passing him by without progress or examination. He was overweight, having motivation issues, single, and getting depressed. I gave him the assignment to create his own empowered male spa weekend of sorts.

Here were his instructions:

“Friday night, you’re going to come home from work, and make a list of the meals you want to eat for the weekend. Then you’re going to the supermarket and buying all of the ingredients for said meals because you’re going to be doing the cooking. After that, come home, unwind with a book or Netflix, and call it a night.

Your weekend is going to be spent at home. You’ll live. One weekend won’t kill you. It’s actually going to do quite the opposite.

Your job is to cook all of your own meals, your job is to clean out your closet and throw out anything you haven’t worn in the last twelve months, your job is to keep your television and internet unplugged, and lastly, your job is to spend the entire weekend sober. What are you doing when you’re not cleaning, decluttering, organizing, and getting your finances in order? You’re reading a book. Your listening to your favorite music or a motivational podcast. You’re getting in touch with the person you seem to be running away from starting at Thursday night happy hour through Sunday afternoon.”

How many of you just freaked out at the thought of forty-eight hours spent working on your lives? On taking care of yourself. On being with your own thoughts, aspirations, and desires. On doing for yourself what you may wish someone else was doing for you.

Understandably, the above prescription has to be adjusted if you have kids, but the return on investment from a weekend by yourself is immense. My client reported walking into work the following Monday morning feeling like a man reborn. We added this practice into his schedule once every six weeks. Low and behold, he also remembered how much he loved to read and canceled his cable. Give a fuck about your inner life; listen to your own thoughts, and be with yourself, you may just remember what an awesome guy you are.

HAVE A MAN DATE

Remember the movie Stand By Me? My favorite line of the whole movie is, “I never had any friends later on like the ones I had when I was twelve. Jesus, does anyone?”

Who did you want to hang out with when you were that age? Who were your best buds growing up? For most men, our childhoods and formative years were spent surrounded by, playing sports with, and generally screwing around with other guys. We learned together, lived together, grew together, and were there for each other in tough times. Then one magical day, some young lady let us put our hands up her shirt and life was never the same again.

There is power in men spending time with other men. In the camaraderie of sharing what we’re going through in our jobs, relationships, triumphs, and frustrations. Most importantly in the healing power of sharing and learning that our struggles are usually very similar to our brethren who are also toiling under the same expectation that we have to have it all together, to have everything figured out, and to not need anybody else’s input or advice.

As we men grow older, the expectations on us grow with us. What unfortunately doesn’t inherently come along with those expectations is a commensurate amount of support – especially from other men. Thus, the power in the man date. The power of going for a hike, going fishing, paddling out in the surf, or partaking in any activity where we’re free to be ourselves, express ourselves, and commune with a fellow brother without the influence of our female counterparts or the responsibility of our family lives. The power of laughing, joking and communing with someone of the same species. Give a fuck about your friends – include them in your journey of growth and self-discovery. inspire them and let them inspire you.

IT'S UP TO US TO “CARE”
FOR OURSELVES

As you may be able to imagine, my spa weekend client did not receive a lot of positive feedback from his friends when he told them of his plans. A few even tried to talk him out to the bars instead. Fascinating, isn’t it? Why do we not celebrate the positive growth of our fellow men? Why didn’t his friends see the power in the actions he was taking and not only offer support but do the same for themselves? Why were none of them willing to risk a weekend of fried bar food and quickly forgotten stories for a chance at self-improvement and self-care?

We all have the opportunity to better ourselves. To not only raise the level at which we experience life, but also the level on how we experience ourselves. No change happens in a vacuum, so taking any of the above steps will bleed positivity into all areas of our lives. GAFing isn’t as drab and drastic, nor as unmanly as it sounds. It’s about literally giving a fuck first, and taking action second.